My time on the Twisted Tree Farm between graduation and studies is certainly one of the most beautiful experiences in my life. In Janet and Larry I found something like American parents and great friends in many of the people on the farm. If you fancy the sun, interesting people and great horses, I can highly recommend an internship at TTF.

During my time at Twisted Tree Farm, I learned so much and met great people that I had to go there a second time. Especially the handling and the training with the horses was a lot of fun.
Thanks to Janet's lessons I benefited greatly from riding and the lessons I gave in the afternoon improved my English daily.
Through the Horseshows I got to know a lot of America and felt very comfortable in the Team Twisted Tree Farm.
I can highly recommend an internship at TTF because you are part of a new family. 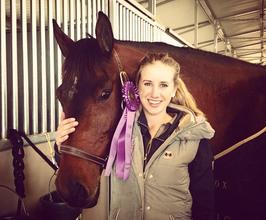 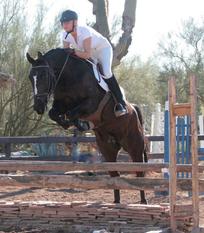 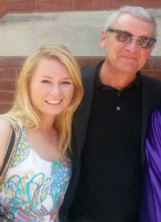 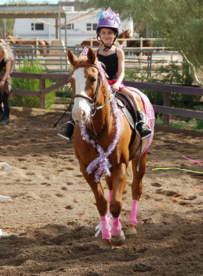 I really enjoyed my internship at Twisted Tree Farm. Janet, Larry and the whole team welcomed me very warmly, so that I can remember a lot of nice experiences outside working hours. Not to mention the horses that were the reason for my stay in Scottsdale. In addition to some high-quality young horses, there are many well-trained and in sport already very successful competition horses. In order to offer the horses as much variety as possible, we often rode through the desert in addition to dressage and jumping training. The stay is an unforgettable memory for me and I hope to visit Janet & Larry again soon!

Whether your real family at home or your host family at the gate and beckon to you, the farewell before and after your stay abroad is never easy! The only difference is that after your stay at Twistet Tree Farm in Scottsdale, AZ, you have so much more experience at the gate.
Now first to my person: I'm Franzi & 20 years old, after my Fachabi I have decided to stay abroad. I was totally unsure where I want to go and what I want to do there. Since I've always been interested in equestrian sports in the US, I've come across an acquaintance to Janet and Larry Hischer, the best thing that could happen to me for my stay in the US.
The first contact was via an email, in which I introduced myself to the two. After that I got an answer pretty fast and my stay got closer and closer. I did not have much information at the beginning. All I knew was that I live at Hischer's in the house, sharing my room with another girl, and helping out on the farm. My tasks would mostly include horse management, that means putting horses out, mucking (1-2 stalls a day), cleaning saddlery, washing horses and of course riding (at least 2 horses per day). That's exactly what happened.
Here I am now at the airport
in Phoenix and was picked up by Janet. I felt totally comfortable right away and when I met Larry and Haven my roommate, it was the same. It took only a few days to get to know the people at Twistet Tree Farm. By getting to know me, I belonged to the TTF 'Family. Everyone is super warm and friendly, you never have to feel alone and I tell you, even the days will come when you travel alone in a far away country. At first, the heat has gotten me to it but after 2-3 days you get used to it, exactly the same happens with the time change.
The three months in Scottsdale really shaped my life. You win with Larry and Janet a new family you do not want to miss anymore. Although working on the farm is not always easy, it is really a great time.
I would recommend the Twistet Tree Farm, which has the idea to plan a stay in the US and connect it with horses.
I learned so much in the three months Human and especially in riding.
I am still in contact with many people from Twistet Tree Farm and of course with Larry and Janet and I hope that will stay that way forever.
I will never forget my great time in America!
Greetings -Franzi A, Wickede Germany

"My daughter grew up with Janet Hischer. I have never seen another sport or program instill such confidence, work ethic, self esteem, discipline, and responsibility in a group of young people in the same way as Twisted Tree's program." 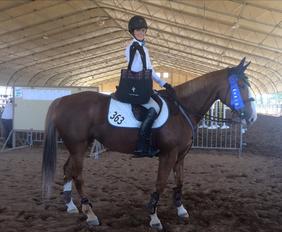 My daughter (16) has been riding at Twisted Tree for 3 years.  We had just moved to AZ and drove by one of their open house signs. She has grown so much intellectually, emotionally,  socially and of course athletically as an equestrian.  The responsibility she demonstrates as a result of being involved in something other than social media and other normal high school distractions is so reassuring and I love the confidence and stability that comes with having a extra support system. Janet, Larry, and the people at Twisted Tree have become extended family.  I feel so lucky to have stumbled across their sign!  If you are reading this, you are probably looking into horse lessons or training.  I highly recommend Twisted Tree.  Janet Hischer is an accomplished equestrian and well-respected in this sport. -Maria H, Scottsdale, AZ. 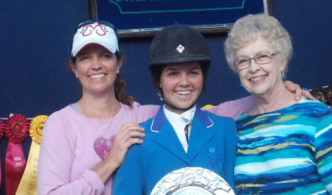 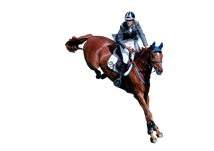 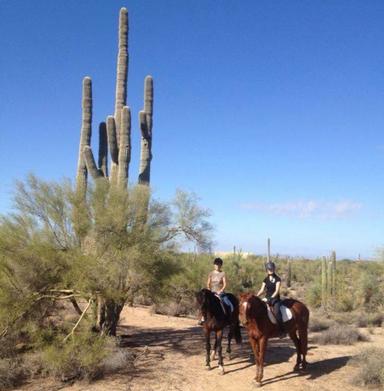 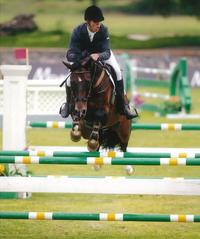 When I arrived at Twisted Tree Farm in Scottsdale I did not know anyone and I found a family atmosphere, which welcomed me with open arms, extremely professional that care about the welfare of the horses, always looking for the best care and that the People are happy, one of the many reasons why I would always choose Twisted Tree Farm is because they always put the horses first, the staff is extremely prepared and dedicated.
The lessons they give make you a better rider and a better person to the horses because they tell you the importance of keeping your horse healthy and in good condition, as well as the opportunity to have Janet Hischer training, which is undoubtedly the best rider and coach in Arizona.
When I think of Twisted Tree Farm I think of professionalism, attention to detail, excellent training and care, great service and above all, family.​ -Guillermo Islas Quintana, México City, México.

Furthermore, I took my seven-year-old daughter for lessons and she is now in LOVE with riding Ginger. Twisted Tree is an exceptional place to enhance your riding skills and horsemanship, and it is also a loving, supportive and fun community. I am so happy that we found Twisted Tree Farm!
-Adriana B,  Cave Creek, Arizona

"My daughter had an interest in riding horses, so we signed her up for lesson. Now, less than a year later, she has a PASSION for everything she has learned and experienced at Twisted Tree Farm. Sydney has been an inspiration and a role model to both my children. Janet and Larry have welcomed us into the Twisted Tree Family and we are so very grateful. We look forward to a long future with all of you."

I have had the pleasure of being an intern at Twisted Tree Farm for over 2 years. I came here expecting to learn how to become a better rider, but I have gained so much more than that. The staff and clients at Twisted Tree Farm are extremely welcoming and always there to help each other. I can say with complete certainty that TTF is the best barn I've been a part of.

When my husband first stumbled upon Twisted Tree Farm, he strongly encouraged me to go see the place for myself. Having grown up riding horses, I had some knowledge of other barns and riding facilities and their trainers. Prior experience considered, I must say that I am so impressed with Janet and her assistant trainers, the facility, and the incredible community that make up Twisted Tree Farm. Janet and her staff were professional and accommodating in helping me find the right horse for my level, preferences, and goals. 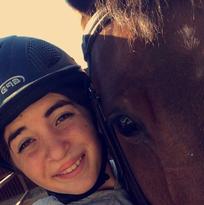 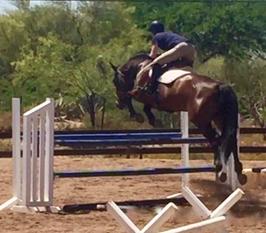 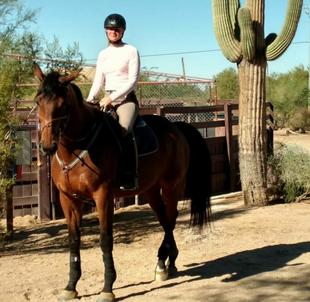 "Sammy has grown up with Twisted Tree. She started riding with Janet at age 6. Now at 17 she is an amazing rider and horsewoman. More importantly, Janet's program taught her discipline, responsibility, the value of hard work and the  importance of giving back to her community. Our family has made lifelong friends with the owners, staff and other families at TTF."

When we moved here from Texas three years ago we tried several barns in our search for “the” barn. We found it at Twisted Tree. Janet and her team have given our daughter Rebecca a place to belong, one that gives her confidence in her riding ability and constant encouragement in her quest to improve her jumping skills. Thanks Janet for all you have done for Rebecca. 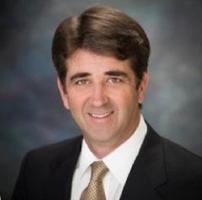